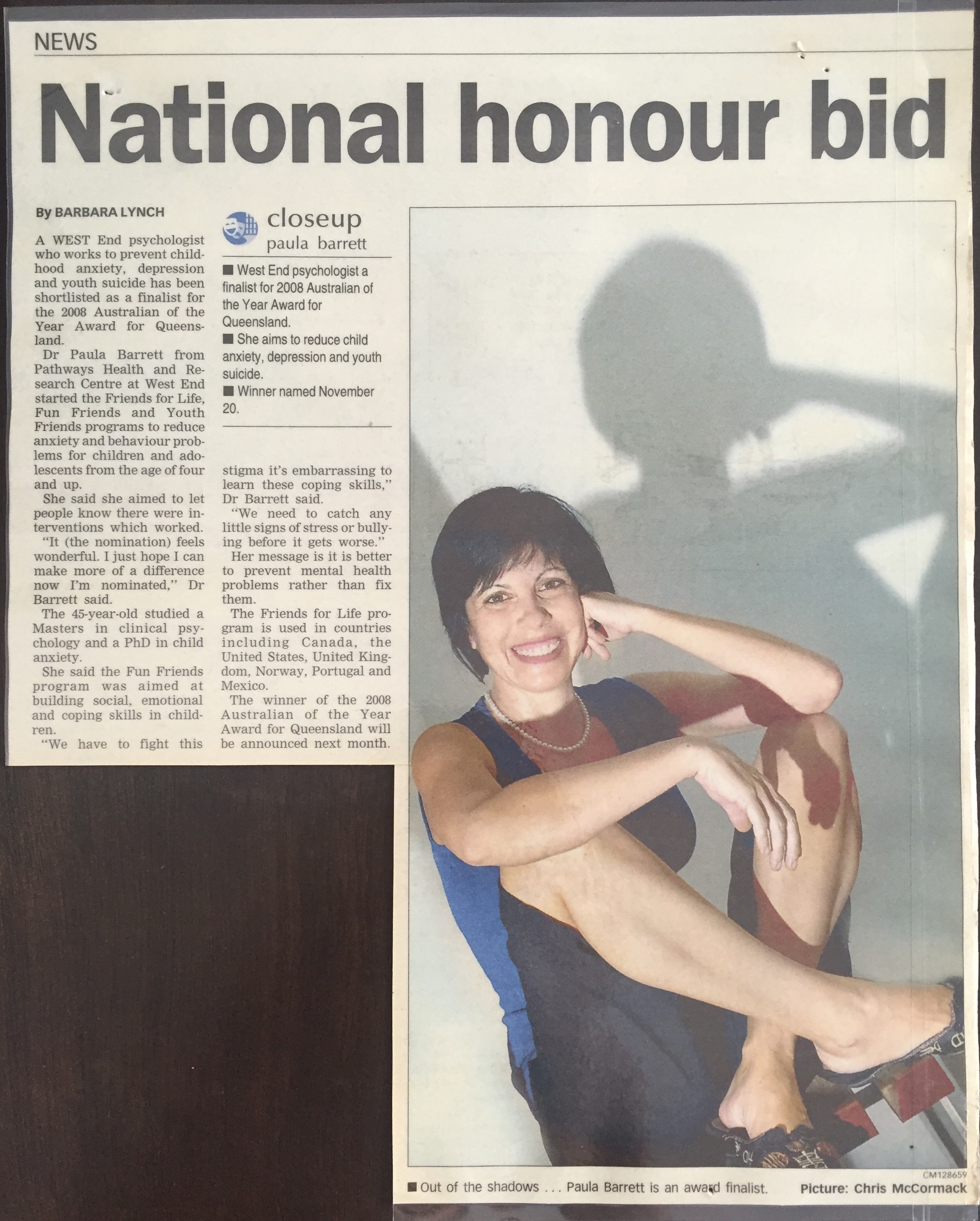 This is an interview from closeup and it is about the work that Dr Paula Barrett has been doing with her programs.

“A WEST End psychologist who works to prevent childhood anxiety, depression and youth suicide has been shortlisted as a finalist for the 2008 Australian of the Year Award for Queensland.

Dr Paula Barrett (…) started the Friends for Life, Fun Friends and Youth Friends programs to reduce anxiety and behaviour problems for children and adolescents from the age of four and up. She said she aimed to let people know there were interventions which worked.

“It (the nomination) feels wonderful. I just hope I can make more of a difference now I’m nominated,” Dr Barrett said.

The 45-year-old studied a Masters in clinical psychology and a PhD in child anxiety.

She said the Fun Friends program was aimed at building social, emotional and coping skills in children.

“We have to fight this stigma it’s embarrassing to learn these coping skills,” Dr Barrett said.

“We need to catch any little signs of stress or bullying before it gets worse.”

Her message is it is better to prevent mental health problems rather than fix them.

The Friends for Life program is used in countries including Canada, the United States, United Kingdom, Norway, Portugal and Mexico.

The winner of the 2008 Australian of the Year Award for Queensland will be announced next month. ”