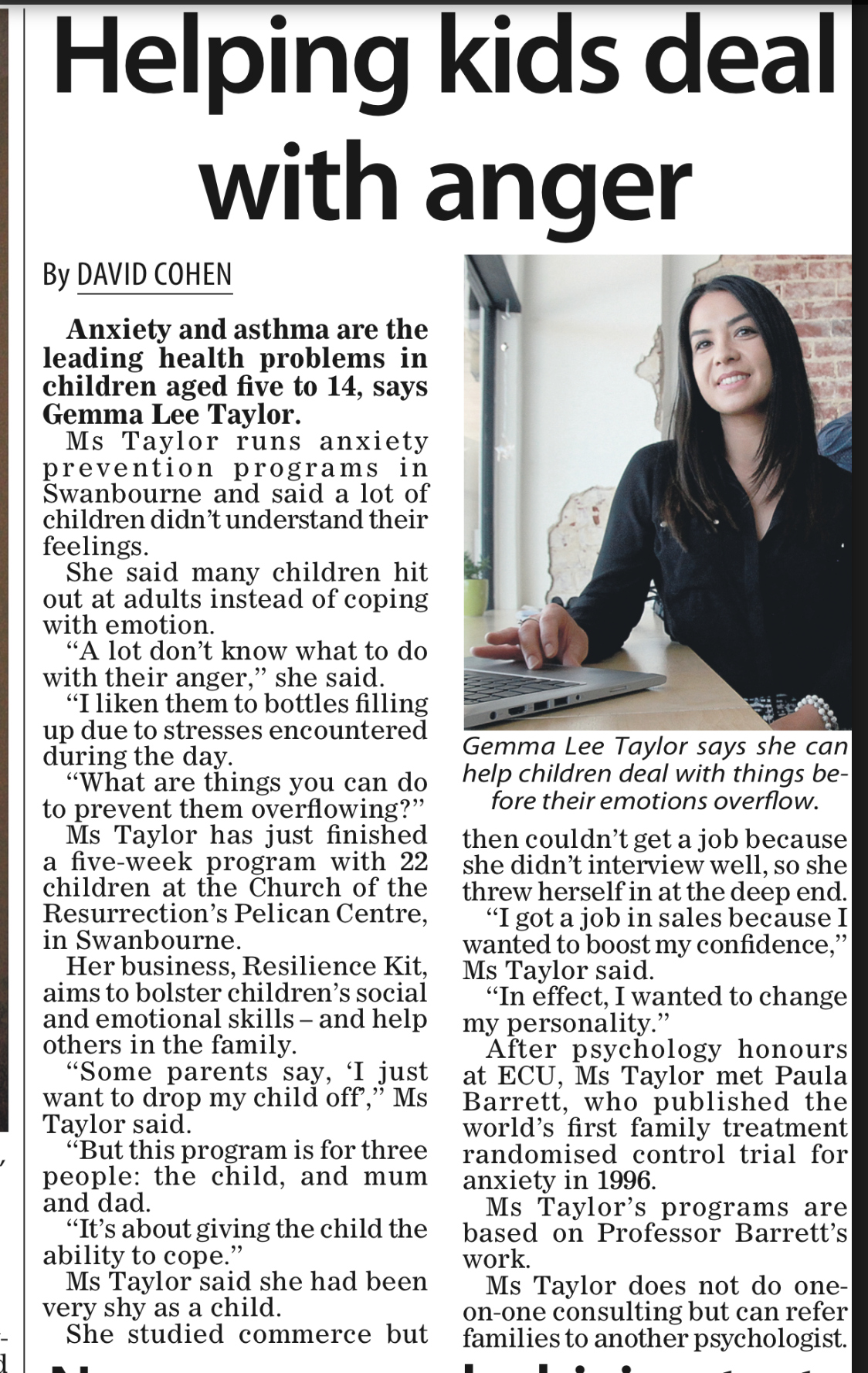 This is a extract from a newspaper that talks about programs which has helping kids deal with anger as one of its main objectives. These programs are based on Dr Paula Barrett’s work.

Anxiety and asthma are the leading health problems in children aged from five to 14, says Gemma Lee Taylor.

She said many children hit out at adults instead of copin with emotion.

“A lot don’t know what to do with their anger,” she said.

“I liken them to bottles filling up due to stresses encountered during the day.”

“What are the things you can do to prevent them overflowing?”

Ms Taylor has just finished a five-week program with 22 children at the Church of the Resurrection’s Pelican Centre, in Swanbourne.

Her business, Resilience Kit, aims to bolster children’s social and emotional skills – and helo others in the family.

“Some parents say, ‘I just want to drop my child off’,” Ms Taylor said.

“But this program is for three people: the child, and mum and dad.”

“It’s about giving the child the ability to cope.”

Ms Taylor said she had been very shy as a child.

She studied commerce but then couldn’t get a job because she didn’t interview well, so she threw herself in at the deep end.

“I got a job in sales because I wanted to boost my confidence,” Ms Taylor said.

“In effect, I wanted to change my personality.”

Ms Taylor’s programs are based on Professor Barrett’s work.

Ms Taylor does not do one-on-one consulting but can refer families to another psychologist.” 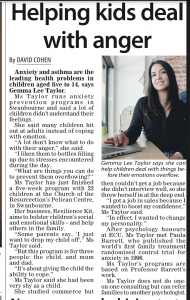