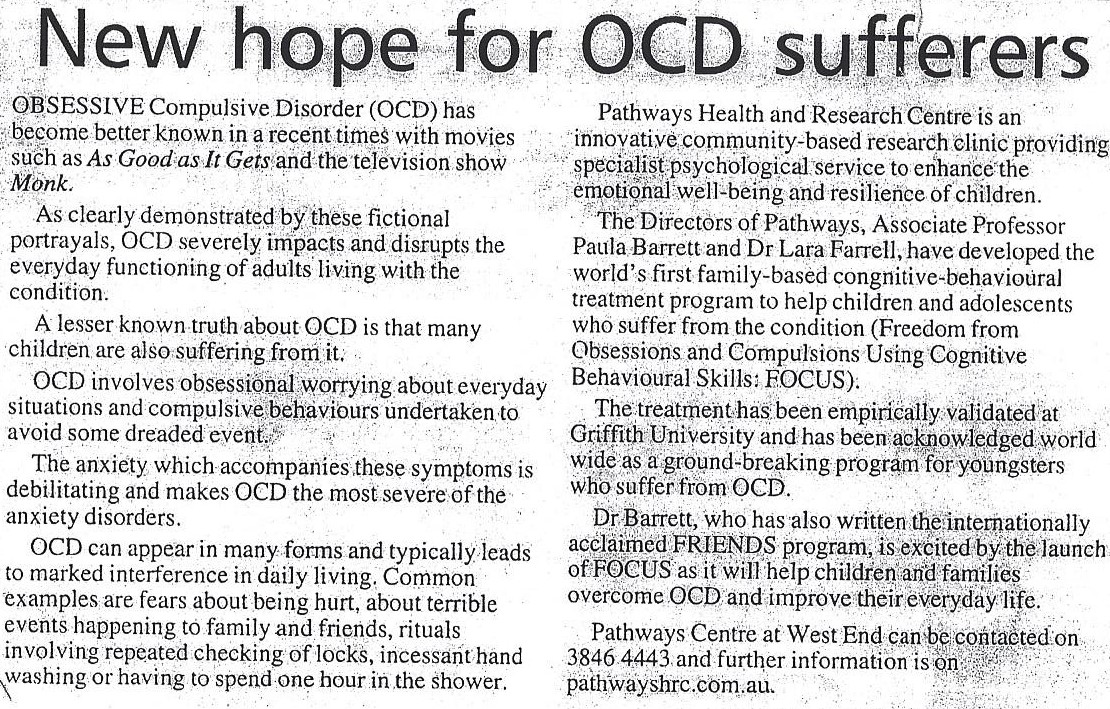 “OBSESSIVE Compulsive Disorder (OCD) has become better known in a recent times with movies such as As Good as It Gets and-the television show Monk.

As clearly demonstrated by these fictional portrayals, OCD severely impacts and disrupts the everyday functioning of adults living with the condition.

A lesser known truth about OCD is that many children are also suffering from it.

The anxiety which accompanies these symptoms is debilitating and makes OCD the most severe of the anxiety disorders.

OCD can appear in many forms and typically leads to marked interference in daily living. Common examples are fears about being hurt, about terrible events happening to family and friends, rituals involving repeated checking of locks, incessant hand washing or having to spend one hour in the shower.

The treatment has been empirically validated at Griffith University and has been acknowledged world wide as a ground-breaking program for youngsters who suffer from OCD.

Dr Barrett, who has also written the internationally acclaimed FRIENDS program, is excited by the launch of FOCUS as it will help children and families overcome OCD and improve their everyday life.(…)”