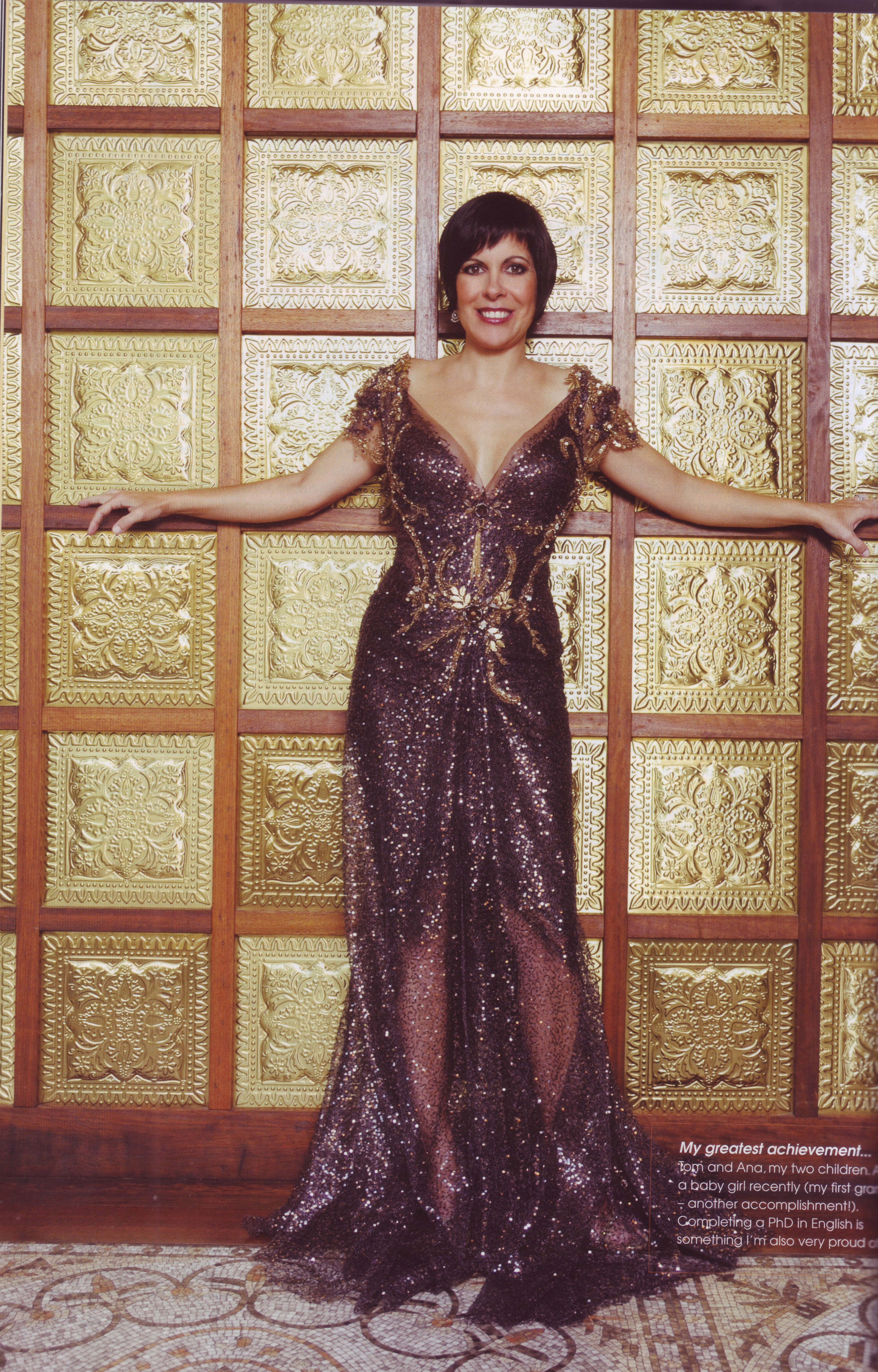 This is an article from the UP Magazine and it is about the work that Dr Paula Barrett has been doing with her programs.

“As a mother, research scholar, in demand public speaker and educationalist, Professor Paula Barrett knows how to prioritise! Paula has received international acclaim for her research into child psychology. The Fun Friends and Friends for Life Programs have been implemented throughout the world, her research has been published in some of the highest academic journals, her knowledge and joie de vivre see her flying all over the world to speak at conferences and conduct workshops and her children are testament to how inner strength and persistence create positive rewards.

Juggling home and work responsibilities over the last 26 years, Paula sill finds time to take regular breathers. Her ‘downtime’ activities include swimming, bushwalking, spending time with family and daily dog walking routine.
Born in Africa and raised in Portugal, Paula moved to Australia for its leisure and professional potential. She soon became settled after falling in love with the outdoor lifestyle, and being offered a PhD scholarship with the University of Queensland. Since completing her Doctorate, (…), which aim to implement the Fun Friends and Friends for Life programs within Australian schools and communities in need.

“I love my work,” Paula declares, “It’s not just working with children, but also writing and reading, which are two of my biggest passions. I’m able to research processes of development and how to mentor young people. It’s important to instil resilience within the younger generation, to teach emotional and social skills through positive psychological education.”

As an adolescent, Paula had hoped to study philosophy. A diligent student, she enjoyed the challenge of learning new things and always aimed for the highest marks. Throughout her early teenage years, Paula’s schedule also incorporated a rigorous swimming routine. Preparing to represent Portugal, Paula trained up to five hours a day. However, it was her passion to excel academically that led her to leave professional swimming behind.

With her parents’ encouragement to study medicine, Paula followed a path of science before finding her calling in child psychology. “I decided early on I was not going to have an average life,” Paula explains. “Self belief and resilience helped me achieve my goals. Talent plays a very small part of success. The majority comes from persistence.”

Through Fun Friends and Friends for life, Paula promotes resilience from an early age. These programs are recognised by the World Health Organisation as best practice for the prevention and treatment of anxiety, depression and suicide in children and adolescents. Having been developed over 15 years, they have received great feedback. “I often meet people I helped as children. My programs helped them overcome obstacles when they were little and built their confidence – this literally turned their lives around. They have grown to become engineers, doctors and teachers. One man is now a successful dancer in New York.” The head of psychological services in Iceland said that he can’t imagine any other intervention having a more profound impact, and representatives from Harvard University consider Paula and the work she has done brilliant. Paula was warm, funny, engaging and genuine throughout the photo shoot and interview, these sentiments are echoed on the (…) website testimonials.

Despite having chosen a scholarly, rather than sporting path, Paula still maintains an active lifestyle. Incorporating her passions for exercise and nature, she says bushwalking provides the ultimate form of relaxation. Beginning and ending each day by walking her Labradoodles, Paula has a real zest for life. In the case of Professor Paula Barrett, resilience is the key to success. ” 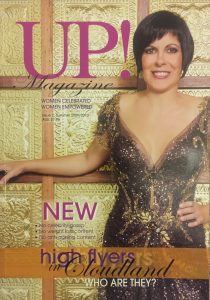 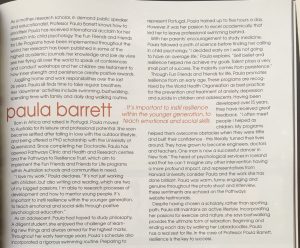 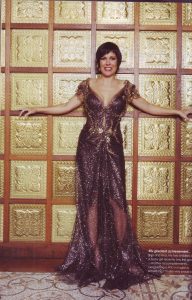