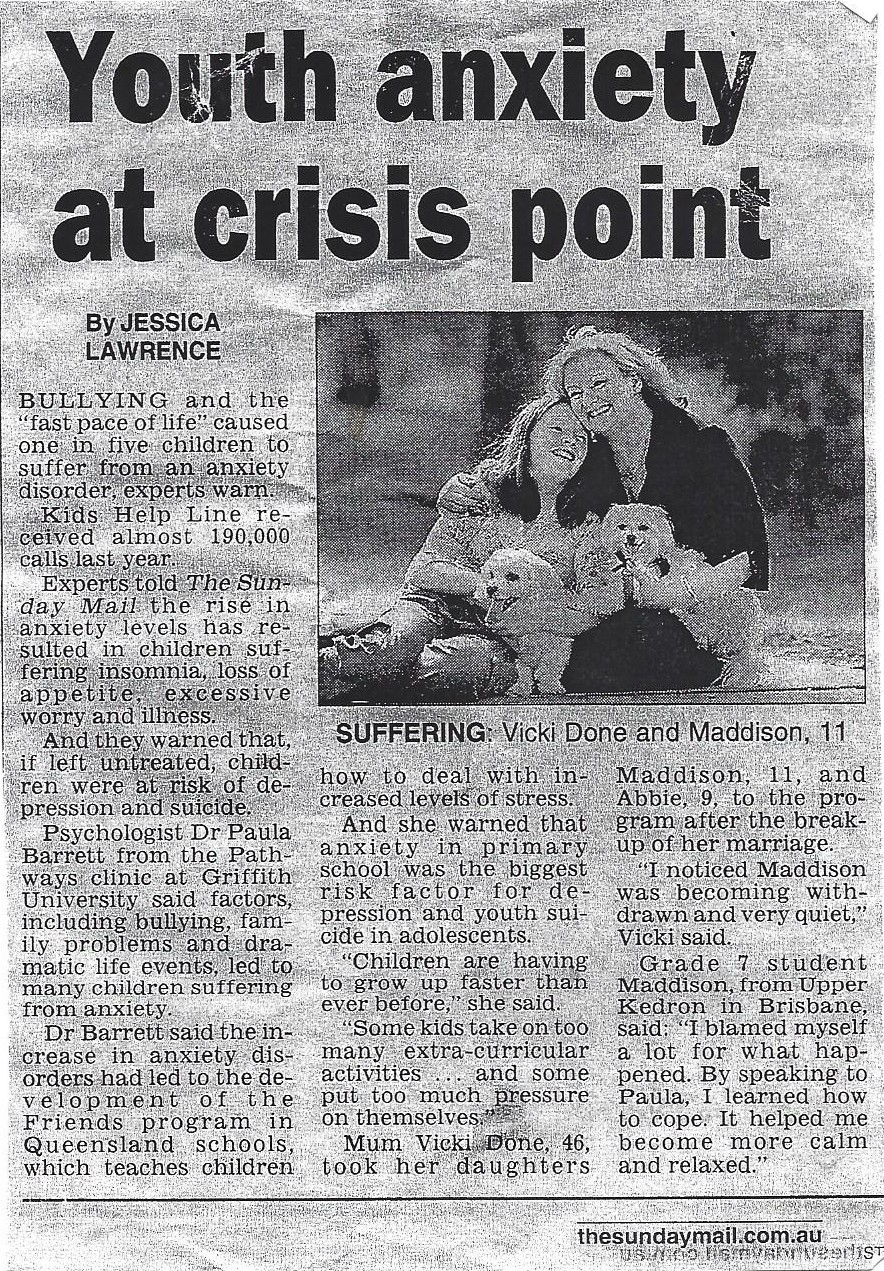 “BULLYING and the “fast pace of life” caused one in five children to suffer from an anxiety disorder, experts warn.

And they warned that, if left untreated, children were at risk of depression and suicide.

Dr Barrett said the increase in anxiety disorders had led to the development of the Friends program in Queensland schools, which teaches children how to deal with increased levels of stress.

And she warned that anxiety in primary school was the biggest risk factor for depression and youth suicide in adolescents.

“Children are having to grow up faster than ever before,” she said.

“Some kids take on too many extra-curricular activities … and some put too much pressure on themselves.”

Mum Vicki Done, 46, took her daughters Maddison, 11, and Abbie, 9, to the program after the break-up of her marriage.

Grade 7 student Maddison, from Upper Kedron in Brisbane, said: “I blamed myself a lot for what happened. By speaking to Paula, I learned how to cope. It helped me become more calm and relaxed.”” 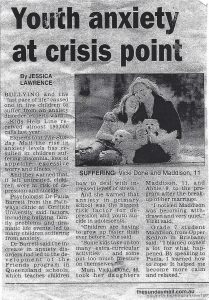